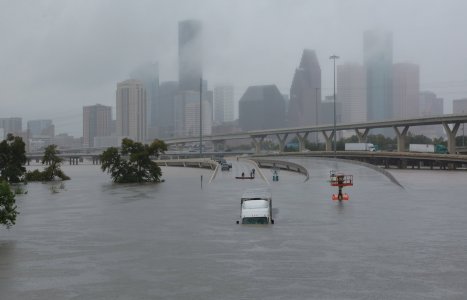 I’ve been avoiding you completely but it’s not you; it’s me.  Actually, more like the non-stop distressing news. Feeling inspired to share anything interesting, witty, or remotely funny these days in the wake of Harvey (not just the storm, but now the movie mogul too), Irma and Maria, has been all but impossible. If only they were characters in a love triangle on some cheesy Fall lineup, but anyone living in Texas, Louisiana, Florida, St. Martin, Anguilla, Barbuda, Puerto Rico, Cuba etc., sadly, knows otherwise.

Then came news of a 7.1magnitude earthquake that stuck in Mexico, and, as I write, California’s wine country is in ruins with more that 52,000 acres in Napa Valley and Sonoma completely consumed. If the environmental news wasn’t horrendous enough, it just kept coming. It’s been barely two weeks since we had the horror in Las Vegas. And, of course, Harvey Weinstein’s rampant sexual harassment and abuse in Hollywood just broke days ago.

The awful news is constant, and I’m barely scratching the surface. It can be a real struggle to make light of my day-to-day when the gravity of this stuff weighs you down. The onslaught of natural and human disasters must be wake up call. Regardless of your politics, we may have been able to mitigate, or, possibly, prevent some of the devastation had we taken steps against global warming, to diminish intense climate change and it’s resulting catastrophic storms that have now become our new normal.

Common sense gun control may have also prevented another deranged lunatic from killing dozens. How many more innocent people will be victims before we act? It’s outrageous for people to continue leaning on our 2nd Amendment Constitutional right to bear arms as an excuse to ignore the need for gun reform. The Founders wrote our Constitution at a very different time in history, when America was a mere babe only just gaining her freedom. Common sense gun control won’t take away guns from avid hunters and enthusiast who practice safe sport. But times have changed and it’s absurd to consider our Founders’ anticipated sick people shooting rounds and rounds of semi-automatic fire into crowds at concerts, school children, shopping malls, churches, movie theaters, holiday parties, and college campus.

If, even, one more mother could still hold her son or daughter tonight, or two more homes on St. Martin could have withstood impact from a weaker Irma, or three fewer people died from drowning in Houston from a less severe Harvey, or four fewer homes were taken by the raging fires that burned in Northern California, than maybe even the slightest of our efforts, as a country, would have been worth it.